Ken Elliott has sent in a progress report on his work with Alec in producing a logo:

‘Following up on a request for help in the April ESME Newletter, I have been working with Alec to come up with a design for a suitable logo for his engine ‘Locomotor’.

Version 1 started after a conversation with Alec and with the theme of the letters forming an ambigram.  An ambigram (from Latin: ambi both + gram = letter) is a word or words that can be read in or from more than one direction. 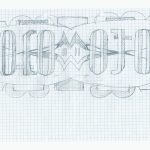 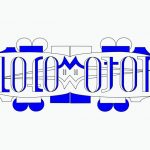 I let my artistic imagination run away with the idea and ended up with one of my art deco like images.

A good start but my imagination got the better of the practical need for something that could realistically be etched on to a piece of metal 1 1/8 inch wide! 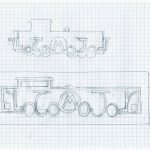 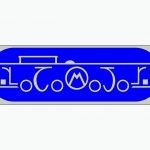 After some guidance and suggestions from Alec a much closer resemblance to a diesel shunting loco worked much better. 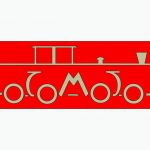 Much closer now but a bit too long and low for a shunter so after some more discussion and getting in to the finer details of metal and paint colour, it was on to version 3. 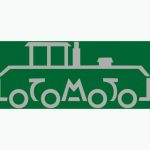 Then some final tweaks and a some more decisions on the colours and materials; version 4.

This is the final version which will be produced.  We had fun with this and I learnt quite a bit about ambigrams.  Looking forward to seeing it on the finished engine.