With the current heatwave, production has been ‘furloughed’ as the ambient temperature in the workshop exceeds regulations.  Robert did manage to fire off a selection of photographs before he retired to the garden!

Progress with ‘Maude’ has been steady, with a number of fiddly jobs interspersed with swarfe production! 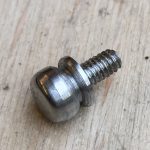 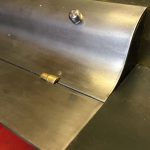 First on the fiddly list were the two lifting knobs needed for the fall plate under the smokebox door.  Lifting this gives access to the front of the valves. 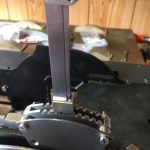 Next up was the reversing lever & catch. 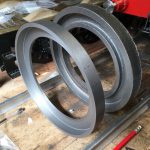 Then some swarfe production as I turned down the two cast iron rings for the inside of the smokebox wrapper. 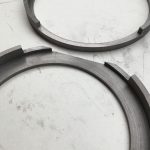 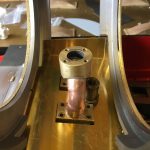 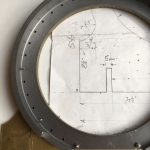 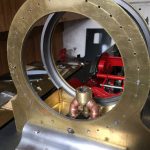 To attach the brass front which has the shape which blends into the sandboxes required a lot of drilling for rivets. 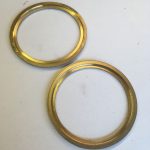 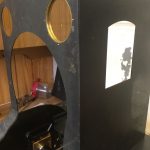 Next I trial fitted the brass ‘portholes’ for the spectacle plate.  These are in two halves with a recess to glaze with either perspex or glass.  I haven’t decided which yet. 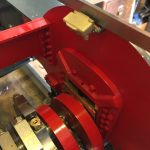 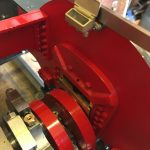 Then I fitted the lubricator boxes for each of the axleboxes, having first fitted the hinge lids.  It was here that a relatively straight forward job became a tad more complex.  Firstly, I had to stand this axle box out from the frames to clear the reach rod.  Then, it dawned on me I had a boiler to sit above it….. 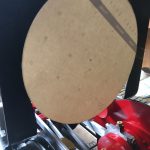 Making a cardboard insert to represent the boiler it became evident that reaching into the oil box was going to be tricky as it would be possible to only half open the lid!

Retrieving the ‘thinking cap’ from the cupboard, I decided that I would make a mounting plate to locate it half an inch lower.  I took this option as the wheels obstructed me from drilling into the frames. 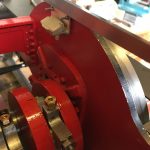 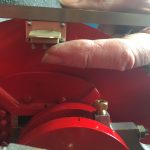 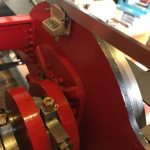 Now I could reach in with a finger from underneath the reach rod.  This modification had to be applied to the oil box over the centre wheel too.

And, for the sake of the aesthetics & symmetry, I matched it to the two boxes on the opposite side. 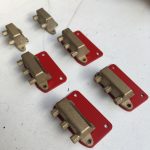 This was probably not an issue on the full size as; a) the clearances would be greater & b) they could get under the loco on a pit if necessary.

All good fun working these things out.