Alex W. has dropped a line to the News Desk with some information for what he has been up to lately.  Alex gave a presentation on the model in December 2016 which is worth reading again to refresh your memory.

‘When I took the Dh 60 c down to Doncaster one of the judges remarked that “ it should have it’s own engine rather than the modified Honda 50 plus gearbox”.  I thought, right I will make an engine big enough to power a 5” or 7 1/4” loco, but first I had to finish the 9F, which I did for the following year.

I could not find a suitable engine of the size I needed so decided to scale up and modify a 1947 design of Edgar T Westbury’s Seal side valve engine but without using any metal castings and if possible just one or two sizes of easily available aluminium (in reality duralumin).  The main crankcase and cylinder head would be made up from box section steel offcuts.  I had just about finished this part of the engine when Ross brought his Sealion up to the club and that gave me the inspiration I needed to get cracking on the rest of design work.

The following year when Ross won the Farr trophy for his almost complete engine spurred me on further and I have been working on this project ever since.  It is now very near to completion and the pictures attached will give you some idea of progress. 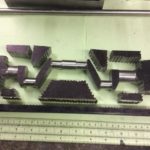 The crankshaft was made from a piece of 1” x 2” black bar, turned between centres after drilling and sawing out most of the waste. 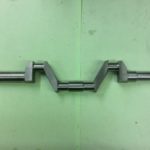 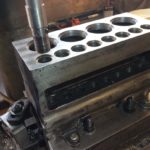 This gives some idea of the welding whilst I was counter boring the valve guides. 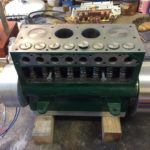 The engine block showing the side valves, abandoned E.T.W. Manifold behind. 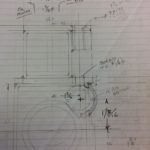 My only sketch of the welded arrangement used for the main body of the engine. 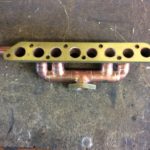 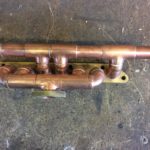 I had to master how to securely hold and machine the several types of fitting in the lathe.  Silver soldering them was not easy keeping everything in place, hence the not so good looking joints, but it will work. 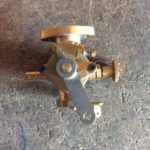 Copy of E.T.W. carburettor from stock brass, the original used a casting. 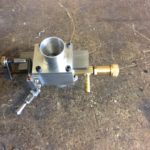 Later abandoned to make a fitting from the same ¾” stock aluminium. A metre length of 4” x ¾” can be bought on E Bay for just £12.  Much easier and cheaper than castings!  It is seen here in the fully open position. 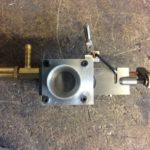 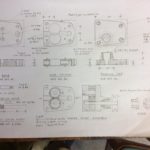 My sketches of the installed gear water pump, I did build a vane pump but it wasn’t worth the effort so was abandoned to the scrap box.  This little pump is much better and will self prime.  Tried it out in the sink on the end of a drill! 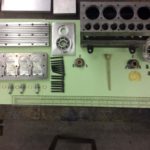 Early shot of some of the early components to show the cylinder head cavities and the finned cover. 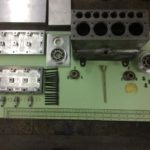 Other side view to show water cavities in head and cover. 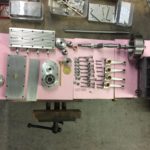 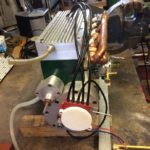 Timing case end of the engine as it is today, waiting for the plug leads to be terminated and the drive to the water pump to be sorted out 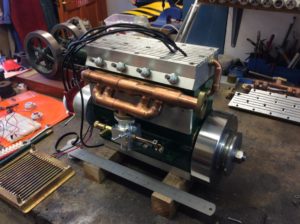 This is going to be a magnificent model when finished & installed.  We all look forward to seeing & hearing it going around the track at Almondell.  As ever, click on the images to enlarge. 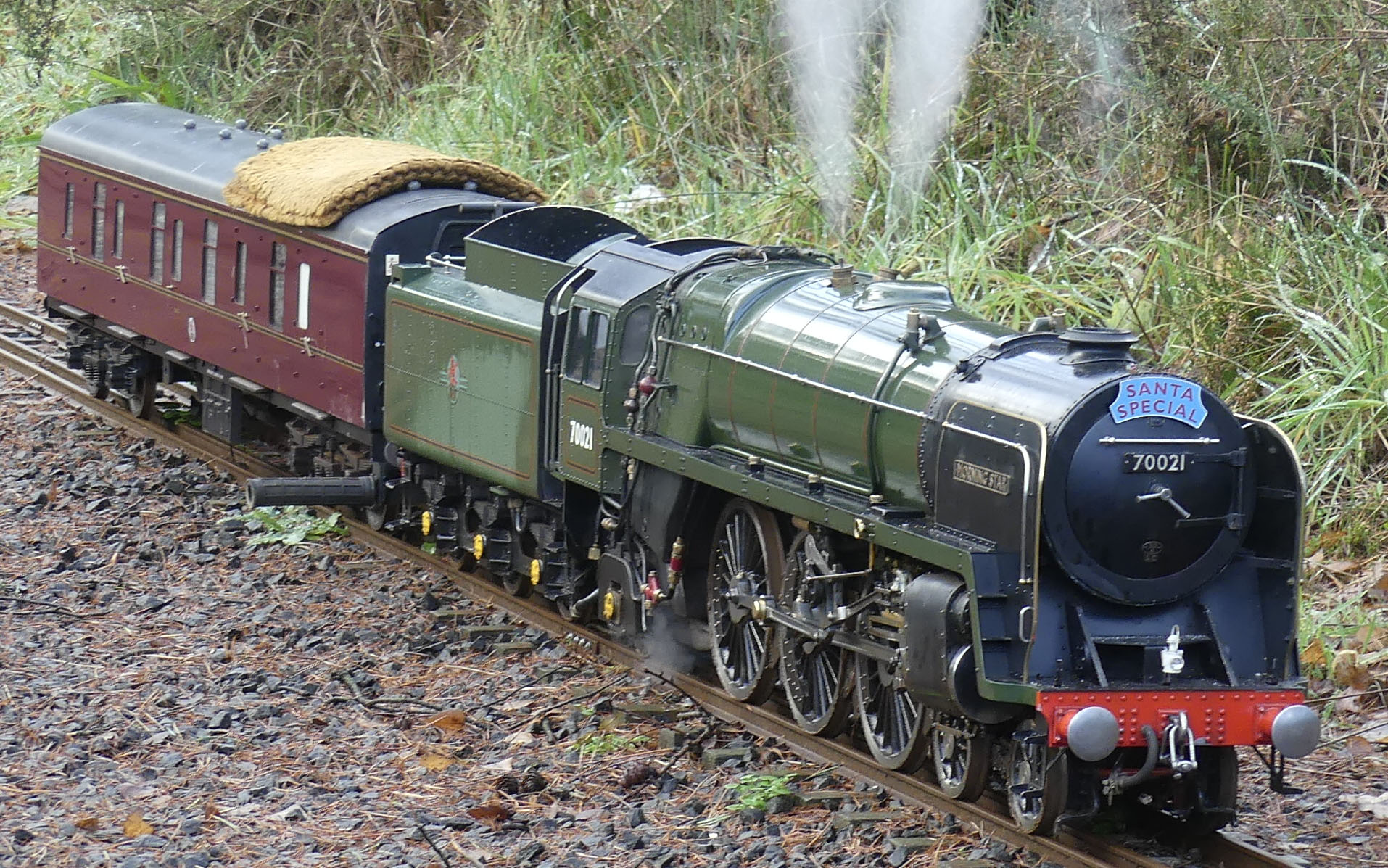