With the last easing of lock down the committee authorised the recommencement of limited running at Almondell for members only.  For a number of steam locomotive owners ‘running again’ meant getting the boiler tested as the first priority.  At this moment in the relaxing of lock down route, boiler inspections are by appointment only & the number of members on site are strictly limited.  One of the first to be done was the website editors 5″ gauge A3, ‘Hyperion’: 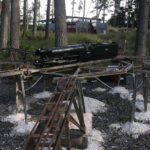 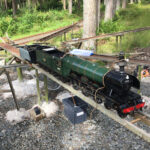 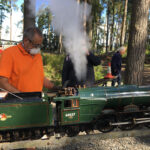 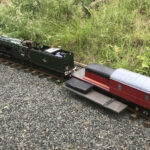 It passed the steam test fine, but a seven month enforced layoff had not suited as was evidenced by stiff joints (that was just the owner!) & one or two irritating lubrication issues.  However, despite the best efforts of the weather, it did not spoil the enjoyment of hearing the ‘Gresley beat’ once again.

Next up to be given the once over by Roddy (one of ESME’s boiler inspectors) the following weekend was the website editors 5″ gauge ‘Britannia’. 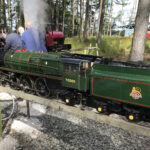 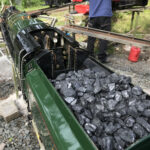 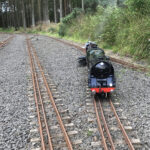 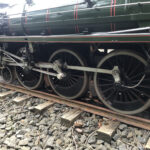 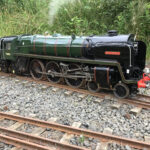 Then followed an enjoyable 3 hours of running round the Newliston circuit which had been completed on the 23rd December 2019.

This was the first time ‘Britannia’ had been on this circuit.  The locomotive performed faultlessly, glad to be enjoying her freedom once more!

On site getting their tests on the same day were two 7¼” locomotives & a 3½” gauge locomotive. 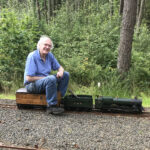 All members present observed the current Scottish Government advice on CoVid-19 & the ESME guidance specifically for Almondell.  It is important that you continue to follow all government guidelines, social distancing, hand sanitiser, gloves etc.