The 17th April was our second drivers familiarisation day prior to our 2022 open days.  The weather was warm & dry as those involved with the exercise prepared their locomotives. 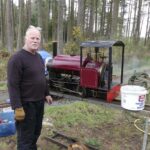 Dave was the first to arrive… 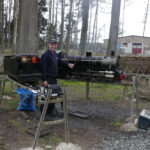 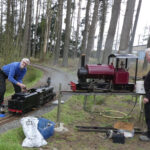 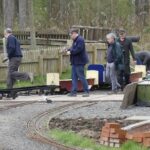 Meanwhile out on the track, the rolling stock was being assembled 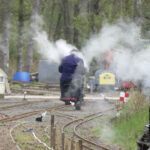 Time for some quiet contemplation before the highlight of the day…. 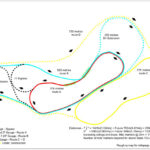 The Almondell Circuit is ‘Route B’ on the schematic.  This adds considerably to our route mileage. 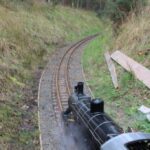 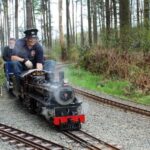 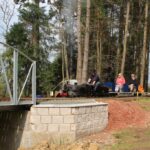 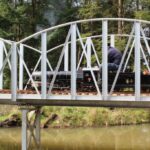 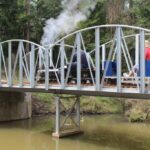 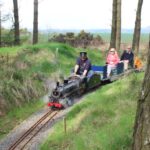 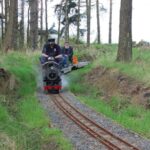 Once the Almondell circuit is properly commissioned we anticipate a lot of very interesting & challenging running sessions!