Track activity since the easing of the lockdown rules has been limited to boiler testing (by appointment only), test running of rolling stock after brake modifications & the endurance testing of battery electric locomotives.  Hopefully the situation will have improved for 2021 & we can get back to club running.  Meanwhile, here are some photos of the limited activity: 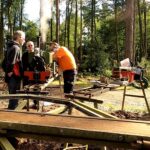 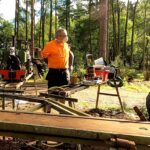 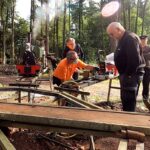 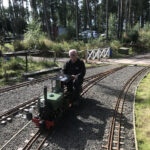 Steam test on ‘Grace’ & hydraulic test on a steam plant.  The boiler inspector enjoyed a spin behind ‘Grace’ post test! 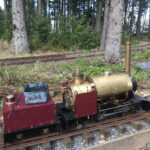 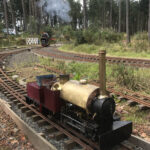 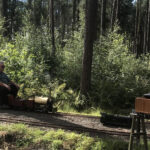 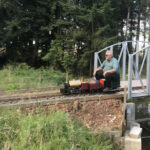 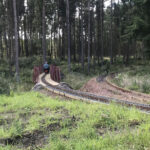 Shake down run of George’s lockdown project.  It performed extremely well for a first time out, George’s grandchildren enjoyed a run round or three.  The safety valve is to George’s own design & there is no doubt about it’s ability to clear excess pressure when this lifts….! 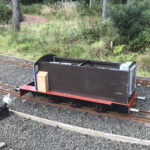 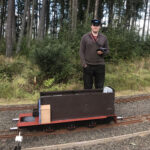 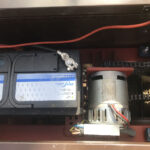 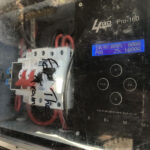 Daniel had his battery electric out for evaluation with the rolling stock.

As you can see, it is radio controlled including the application of the brakes.  It can be a little disconcerting to see it hove into view with nae driver coming down the bank & then watch it come to a perfect halt at Almondell Central.  Daniel then casually walks up to the loco & takes a seat at the rear! 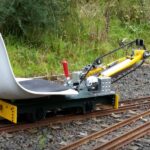 Perhaps the quirkest motive power to be tested on the track was Kieran’s Velocipede.  5″ gauge & pedal powered Kieran made many trips around the Newliston circuit, even pulling a coach & passenger.  Here is a video about its construction & to see it in action: