Member Andy Milner recently visited the National Museum of Scotland and whilst admiring the locomotive ‘Ellesmere’ spotted the following on an information board: 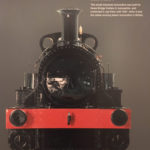 ‘Ellesmere continued to work at Howe Bridge until 1957, by which time it was, at 96, the oldest working steam locomotive in Britain.  At the end of its working life the locomotive was bought by the Stephenson Locomotive Society and brought back to Edinburgh by The Edinburgh Society of Model Engineers and the late Mr James Farr.‘ 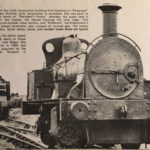 This got Andy’s attention!  Speaking with Robert afterwards, Robert decided to do some further investigating & hot footed it down to the Museum.  Unfortunately they were unable to throw any further light on the matter, but Robert did return with these interesting photographs.

What do we know about this connection? 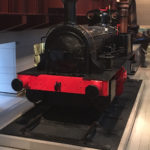 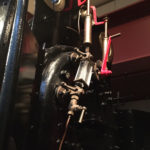 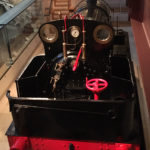 Member David Neale recalls ‘For many years the club secretary was a Mr James Farr who ran a garage at the top of Granton Road at the corner of Ferry Road.  The name Richmond House is noted in some papers I have now found.  The back garden of the house contained a raised 5″ and 3.5″ railway.

I first visited the railway in 1955 when a friend who lived locally took me.’

Further information comes from an article printed in the Model Engineer written by member Peter Rigby: ‘A member of some note during this period (1940’s) was Mr James H. Farr, who became Society Secretary in 1943 and who retained the role for 20 years.  Mr Farr was a collector in the grand style of objects, ranging from military memorabilia through engineering items, clocks and locomotives to vintage cars including an early Bugatti!  The scale of Mr Farr’s collecting can be judged from the following story.  In 1950 a museum gifted an aero engine to the Society.  The problem was that it weighed 18 cwt (914.4kg!), was 6ft tall by 5ft 10 inches by 6ft 6 inches and the Society would have to pay the transportation costs, then the princely sum of £8 10/- (£8.50).  Clearly the engine would not fit in the Society premises, however Mr Farr offered to pay the costs if the engine could be included in his private collection, which was quickly agreed to by the Society members.’

The Society remembers Mr Farr each year via the Farr Trophy which is awarded at an annual model competition.

It would seem from the following that one could speculate just how ESME came to be associated with the preservation of ‘Ellesmere’, but does anyone know the full story?  If they do, please contact our current Secretary, Robert, with the information.

From the National Museum of Scotland archives, courtesy of Meredith Greiling comes a selection of press cuttings giving a little more background to the locomotive & its eventual preservation: 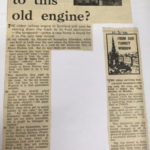 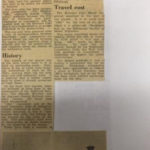 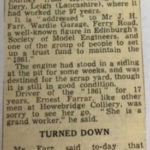 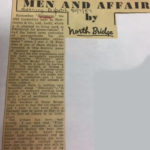 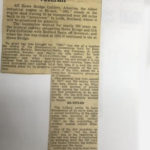