In October we left the Bathgate Locomotive Works having made the base of the Lum.  Since then, there has been a lot of hand filing, head scratching & careful machining to produce another fine piece of work.  The addition of the Lum gives ‘Maude’ a distinguished look.  Robert has copied the style of Lum currently fitted to ‘Maude’ which is a fabrication fitted in BR days.  The original NBR cast chimney presumably became life expired & went on the scrap heap.

In pictures, here is the evolution of a Lum…… 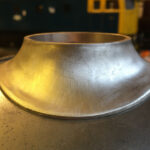 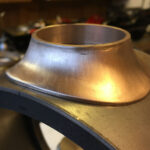 ‘Hours of tedious hand filing to reduce the edge of the base to a more scale thickness.  Sore hands at the end of the exercise, but worth doing. 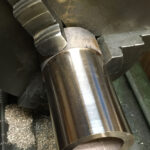 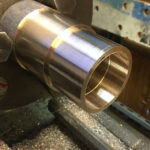 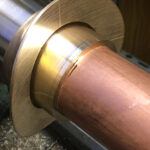 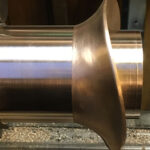 The casting for the centre is from Reeves for one of their Mogul locomotives.  The inside is tapered & there is to be a petticoat pipe. 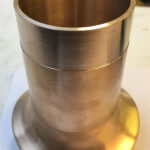 The base is now flush with the outside.  Once painted I hope the join won’t show.

It looks a little bit like a Chalice from church! 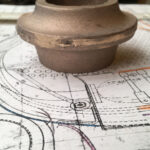 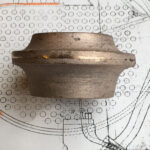 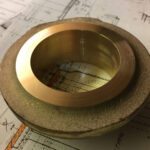 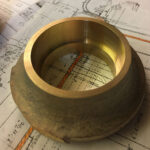 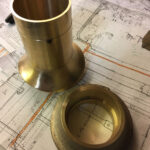 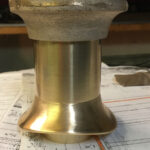 Top casting from Reeves for ‘Edward Thomas’, a Talyllyn Railway locomotive.  Next job is to turn the outside to the finished size. 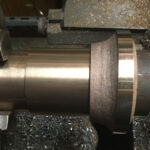 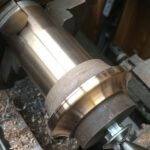 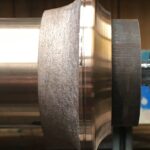 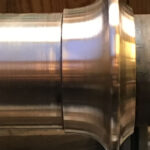 A bit of head scratching to come up with a way to hold it steady in the lathe, but it worked out well in the end. 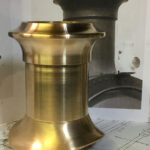