Daniel has sent in an update on his ‘Glen’, currently sporting a light blue undercoat…..

‘My garden steam up showed my vertical injectors only picking up halfway but guess what, they worked perfectly on the track. 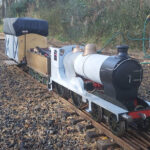 Some blow by was noted & on further inspection on the Monday night the pistons were found to be a sloppy fit in the bores & the rings not much better. 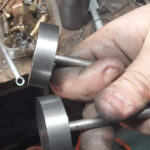 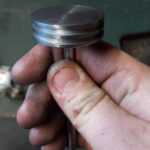 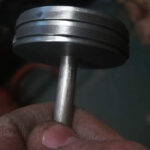 Some cast iron was ordered, new pistons and rings mad the loco all went back together last night with almost no blow by.  I’m hoping the rings bed in a little bit more.

Unfortunately the weekend after that on its 2nd test, the main crank axle fell to bit…..!! 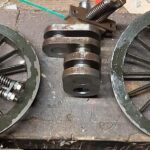 It looked like my grandad had Locktited it together as per the Don Young write up, so perhaps age got to it. 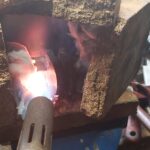 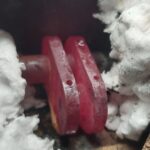 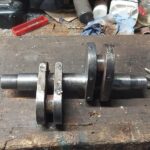 This time the cranks were pinned in position and silversoldered 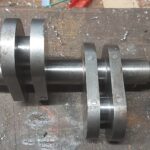 The wheels were locktited to the axles but also pinned.  I shall be quite surprised if this falls apart!

The loco is almost back together now.

Here are a couple of YouTube videos of the locomotive: