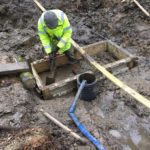 There I was, a-digging this hole 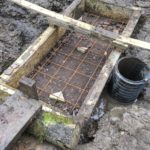 A hole in the ground, so big and sort of round it was 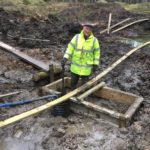 There was I, digging it deep
It was flat at at the bottom and the sides were steep 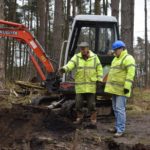 When along, comes this bloke in a bowler which he lifted and scratched his head 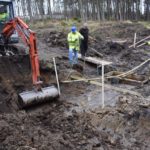 Well we looked down the hole, poor demented soul and he said Do you mind if I make a suggestion? Don’t dig there, dig it elsewhere
Your digging it round and it ought to be square
The shape of it’s wrong, it’s much too long 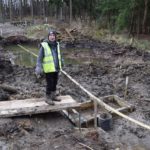 I replied I just couldn’t bear, to dig it elsewhere
I’m digging it round co’s I don’t want it square
And if you disagree it doesn’t bother me 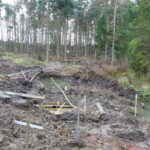 That’s the place where the holes gonna be Well there we were, discussing this hole
A hole in the ground so big and sort of round it was 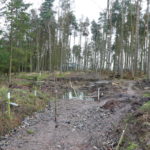 Well it’s not there now, the ground’s all flat
And beneath it is the bloke in the bowler hat And that’s that

‘The Hole in the Ground’ was a comic song which was written by Myles Rudge and composed by Ted Dicks.  Recorded by Bernard Cribbins and released by EMI on the Parlophone label in 1962. 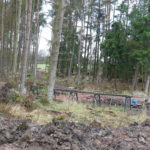 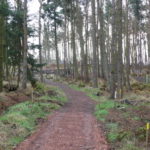 Meanwhile, progress on the viaduct for Circuit ‘A’ continues apace.

On the left, the viaduct is viewed from the access road looking North.

On the right, the view is looking South, along Circuit ‘B’.