Some recent developments at Almondell since the limited lifting of CoVid restrictions.  Some of the local members ventured back on site to unload a generous donation from the now defunct East Coast Trains.  John Fallon’s son, Daniel secured for the club their hasty donation which had to be done in late November prior to the new franchisee LNER taking over.

They were wheels sets from HST Mark 2 coaches formerly situated outside the main offices at Craigentinny works which had been rather neatly converted into unique seats. They have been on my trailer since November, me being unable to deliver them sooner as I was stuck in New Zealand until late May.  They have finally been delivered on my vintage lorry & we needed to urgently get them off loaded.  Courtesy of Daniel C. & Stan we have a photographic record…… 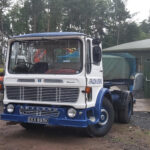 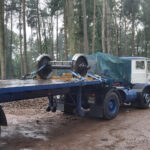 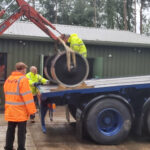 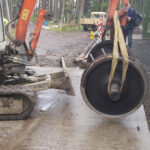 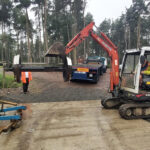 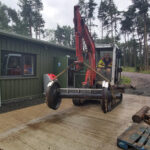 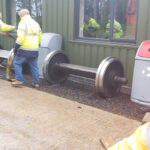 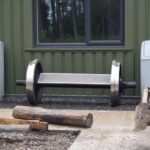 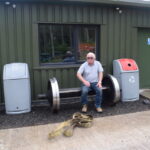 And Sandy was there for the all important test…..!

Thanks for those who turned out for a socially distanced experience in the rain.