There is a myth that when one has retired one parks the zimmer frame and takes to the easy chair in front of the TV.  Contrary to popular belief, the Thursday gang at Almondell are more physically active than when they worked, it’s just that they are too busy to get in front of the camera to prove it!  Our Roving Reporter decided to record the activity that goes on and was left quite exhausted just taking the photographs…… 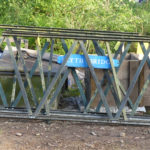 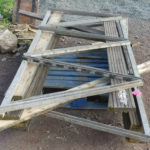 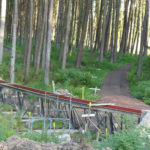 On the agenda was assembling the steel work on ‘Blythe Bridge’

This had been pre-prepared and labelled ready to go.

The numbers were boosted by 5 volunteers from Engie UK who are all fully qualified electrical & mechanical engineers.  They volunteer their labour as part of their corporate and social responsibility initiative.  After a safety briefing and show around the site James put them to work on constructing ‘Blythe Bridge’. 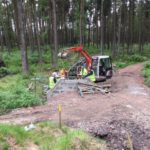 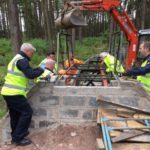 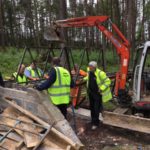 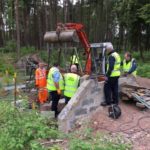 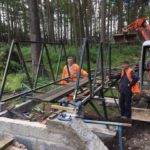 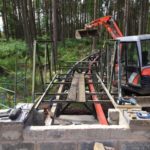 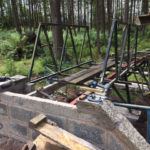 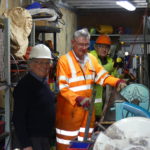 David & Paul assembled more brackets ready for the next phase… 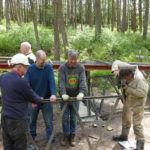 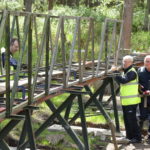 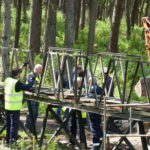 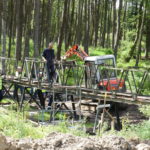 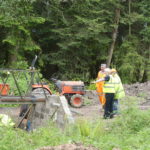 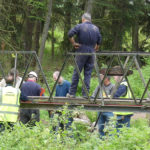 Nearly there, a little bit of adjusting…..

Elsewhere on the site in the shallow cutting approaching Pumpherston Junction, Peter & Archie were fettling and fishplating the Almondell circuit…. 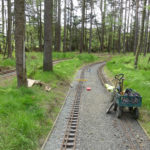 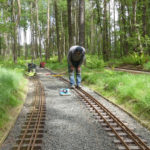 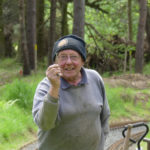 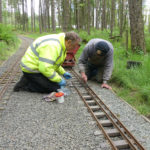 Although it looks a straight forward simple matter of bunging a bit of ballast down and tightening up fishplates, it requires patience and accuracy if the track is going to be smooth running.  The ballast has to be packed tightly under the sleepers, the levels all sorted and then the gaps between the joints adjusted before greasing and tightening the fishplates. 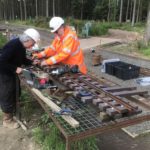 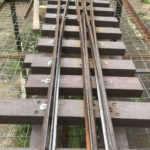 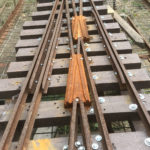 The last of the two points for Pumpherston & Dunnett Junctions on the Newliston circuit were being worked on by Bob & Paul.  The blades have been ground & shaped and the ‘checks’ cut.  The remaining work is to fit the operating mechanism.  They can then be installed into their respective positions.