In line with current Government guide lines an invitiation went out to current members to come along to Almondell to see what had been happening since the easing of lockdown.  Numbers were limited, the Heritage Centre & Museum was closed & train rides were limited to two persons per carriage.

Despite a heavy shower around luchtime, the weather remained favourable & the general consensus was ‘it is good to be back!’

Our Roving Reporter was there to photograph the trains…… 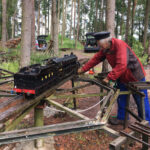 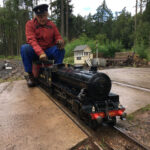 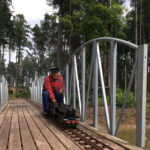 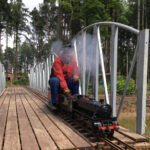 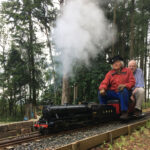 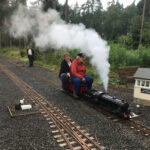 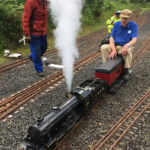 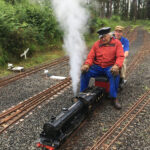 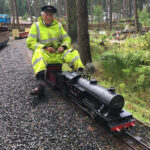 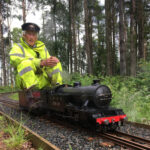 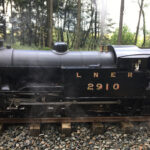 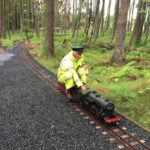 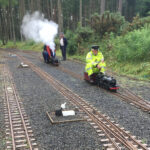 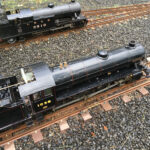 Both locomotives are seen on the Almondell circuit, which can be a challenging run for the V1 faced with the long climb up over the bridges to the summit at Pumpherston Junction.

However, David has the firing off to a fine art. 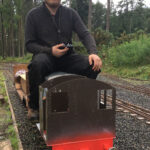 Out on the Comrie circuit / Oban loop the 7¼” battery electrics were putting up a steady performance.  Daniel on his Class 08 was demonstrating the art of modern technology & remote control….. 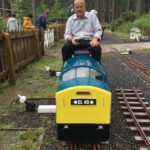 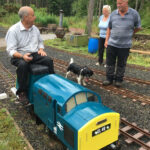 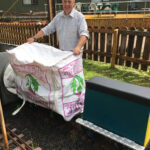 Trevor M. with his class 40 tramped around the track with no bother, the gradient up from Drumshoreland Station to Camps Junction barely being noticable!  During the heavy shower Trevor found that a discarded builders bag made the perfect waterproof cover.  True ‘Wombling’ if ever proof was needed!

Let’s hope that the virus remains under control & we can have more events later in the year.