As model engineers we like to turn our hand to most things and Robert is no exception.  The other week, taking time away from ‘Maude’, Robert decided that it would be an interesting idea to translate the 2d plans of the Heritage Centre and Museum into a 3d version.  After much drawing, precision cutting of material, gluing and painting here are some photographs of the result. 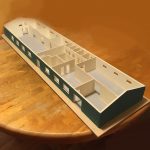 It looks impressive and as Robert wrote ‘It’s bigger than you think!’ 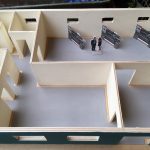 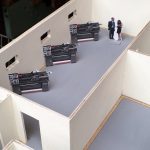 One of our challenges is going to be keeping it neat and tidy and not filling it with all the ‘useful’ items model engineers somehow don’t find so useful themselves!