After discussing the results of the members consultation on the various bridge design options and taking these comments into consideration,it was agreed that the best way forward was to construct a four-arch bridge on stone piers.

A four-section bridge had been mentioned by a few members and it was felt that this would look correct and in proportion when placed across the supporting piers.

The bridge will be constructed in phases and the first stage will be the piers, end support walls and the bridge deck supported on galvanised steel girders.  It was agreed to dispense with concrete wing walls at each end.  The bridge superstructure will be added later.

Many members commented that the lack of a bridge is holding up the completion of the track circuits ‘A’ & ‘B’ (for the 5” & 3½”).  By completing the bridge in stages will allow these tracks to be operational as soon as possible. 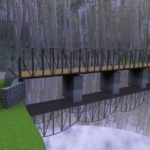 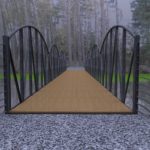 The CAD’s are for illustration purposes to show the concept of the design.

The technical drawings and specifications are now being completed which will be used to establish the phased costs of the project.

Meanwhile Andrew and his team continue to make progress with the approaches…. 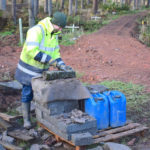 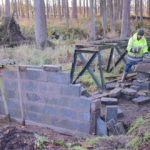 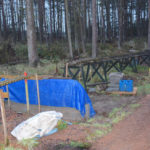 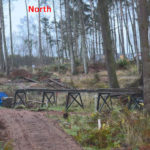